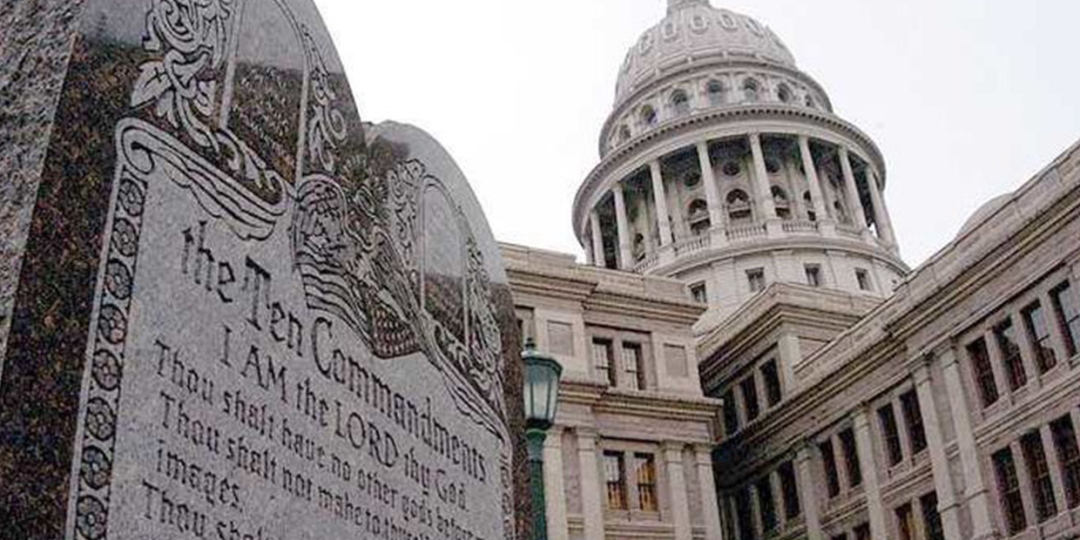 Don’t Be That Guy: The Christian Who Destroyed The Ten Commandments

Shouting, “Freedom” with contemporary Christian music playing in the background, Michael Tate Reed hit the gas pedal of his 2016 Dodge Dart with righteous indignation. Seconds later, he and his car crashed into the Ten Commandments Monument recently installed outside the Arkansas State Capital. His victory would be short lived. Police officers at the capital witnessed the incident and quickly arrested Reed.

Sadly, this not Reed’s first rodeo. He attacked a similar statue in Oklahoma. He also regularly breathes threats of vengeance against former President Barack Obama and President Donald Trump. The man has some issues.

Reed believes he should have the freedom to do what he wants when he wants (all-be-it in weird, conservative, Christian short of way). Thus, he slams into monuments that offend his view of the world and spits a pictures adorning the walls of Federal Buildings.

In his defense of personal autonomy, Reed revealed the ultimate futility of his philosophy.  By fighting for ‘his’ freedom, Reed got jailed, lost social media privileges, and wrecked his car. He lost the ability to act by acting to gain freedom.

Though Reed claims to be functioning from a Christian Worldview, he is not actually following the teachings of the Bible. The very statue he destroyed comes from Exodus 20, which declares, “You shall have no other God’s before me.” God never licenses us to sin if we feel like it. The ruler of the universe tells Reed and every Christian to obey their authorities.

Be subject for the Lord’s sake to every human institution, whether it be to the emperor as supreme, or to governors as sent by him to punish those who do evil and to praise those do good.

Reeds fight for freedom did not originate in heaven. It was birthed out of his own thinking. He claims Christianity is his world-view, but his actions align with the religion of self. He does what he thinks is best.

Sadly, he is not alone. Seventy-six percent of Christians believe “that the best way to find yourself is to look inside yourself” and ninety-one percent of Christians believe “you have to be true to yourself.” Though many Christians tap their Bible app every Sunday or crack open their Bible on Wednesday night, they actually function more like secularist than Christians. When these Christians make decisions about whether or not to divorce their spouse, about how to discipline their kids, or about how to handle an argument with a coworker, they mimic Reed. They follow the random ideas floating around in their head instead of seeing what God’s Word has to say about their lives.

As Reed has shown, such decision-making based on our personal autonomy never ends well. Often what seems like a great step towards personal freedom and fulfillment is actually a step towards chains and disappointment. As Proverbs 1:32 says, “For the simple are killed by their turning away, and the complacency of fools destroys them.”

The wisdom to navigate life and to find true joy and happiness is found in obeying the God of the universe.

The fear of the LORD is the beginning of wisdom, and the knowledge of the Holy One is insight. – Proverbs 9:10.

4 thoughts on “Don’t Be That Guy: The Christian Who Destroyed The Ten Commandments”