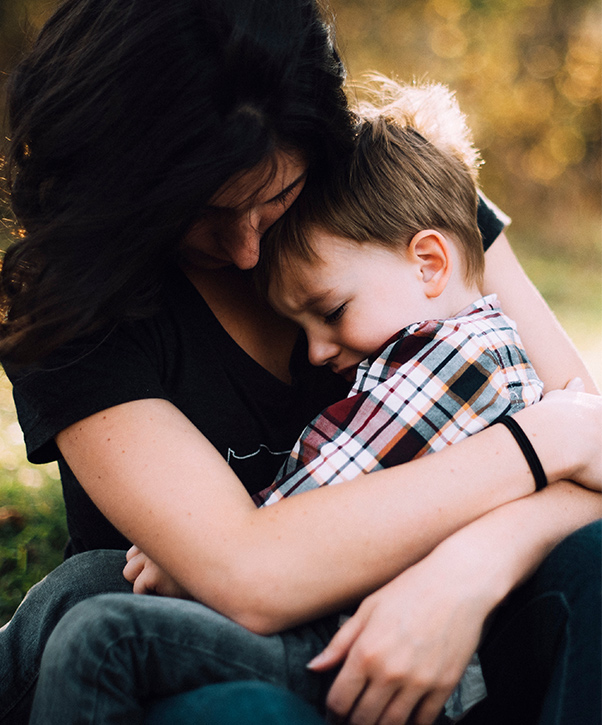 Should Stay-At-Home Moms Be Banned?

Recently, feminist author  Sarrah Le Marquand  made headlines when she reinvigorated a debate over motherhood. She went beyond the traditional fight for paid maternity leave. She demanded that her Australian government outlaw stay-at-home moms.

“Rather than wail about the supposed liberation in a woman’s right to choose to shun employment, we should make it a legal requirement that all parents of children school-age or older are gainfully employed.”

She goes on to say that it is, “only when we evenly divide responsibility for workplace participation between the two genders [that] will we see a more equitable division between men and women in all parts of Australian life.” In an attempt to control how men and women function in society, Le Marquand wants to establish new regulations that will ensure equality.
She has good reasons to be concerned. According to the Pew Research Center the number of stay at home moms has increased in recent years to 30%. More women than men want to stay home with their children. And more men than women feel compelled to work to provide for their families.

This reality creates a problem for Le Marquand and other feminist like  Simone de Beauvoir who once said, “No woman should be authorized to stay home to raise her children. Women should not have that choice, because if there is such a choice, too many women will make that one.”  Both have concluded that women lack the intelligence to choose wisely. Thus,  choice must be removed.

Le Marquand argues that requiring mothers to work makes economic sense, but such thinking is woefully short sighted. Economic value cannot be measured via the size of one’s paycheck. For example, a doctor who is in medical school makes very little money. Yet, the person’s earning potential will grow exponentially once she is out of school. Lack of gainfully employment does not necessarily imply that a person is not contributing to a nation’s economic well-being.

Quite frankly, raising the next generation by ensuring that children are equipped to contribute to society and to the workforce allows the mother to do more for her nation’s well-being than her spouse does. By running her home well, she empowers both her kids and her spouse to engage society in a more meaningfully manner and to work more effectively.  To miss this fact is to doom your economy. The demographic disasters that are currently brewing in Japan, China, and all across Europe reveal that motherhood is important. Maximizing a workforce today at the expense of investing in future generations always has disastrous consequences.

Moreover, the equality of function that Le Marquand demands does not exist. Yes, both men and women are fully equal (Gen 1:27). Both are created in the image of God. But equality of value does not equal equality of function. And we do not want such distinctions to disappear. For example, both a CPA and a medical doctor are equally valuable in God’s eyes. Both are fully human and should be treat as immensely valuable. But you would not want the CPA diagnosing your latest sickness. Nor, would we want a medical doctor filing our taxes.

Men and women function differently because they were designed differently. Women are naturally more nurturing than men. During the pregnancy and while breastfeeding, a mother’s body produces Oxytocin enabling her to quickly bond with her infant. As a result, Greg Johnson has discovered that mothers are often better equipped to interpret the meaning of their child’s cries.  Mothers also possess a heightened ability to process and interpret sensory nerve input, enabling them to quickly respond to their child’s actions and facial expressions. Even those who wish to argue against the presence of these differences cannot ultimately escape them. As Emma M. Seppala concluded, “While women’s expression involved nurturing and bonding, men’s compassion was expressed through protecting and ensuring survival.” Women tend to be better equipped biologically and sociologically than men to care for their children. As Social Scientist David Wilcox notes,

Taken together, mothers’ comparative advantage in breastfeeding, understanding their children, and nurturing makes it functional for societies to organize the bulk of childbearing around the mother.

As the Pew Research Center discovered – most women will prefer being a stay-at-home mom over being a bread winner. This ability to care for the next generation does not preclude mothers from contributing directly to their nation’s economy as seen in Proverbs 31.  As women make the choice to focus primarily on raising the next generation, they are expressing their unique and feminine capacity for nurturing the next generation. This is not a bad thing that must be legislated against. It is a natural function of femininity that should be embraced – not just for the benefit of children but also for all of society.

Are ready for some more stay-at-home moms?