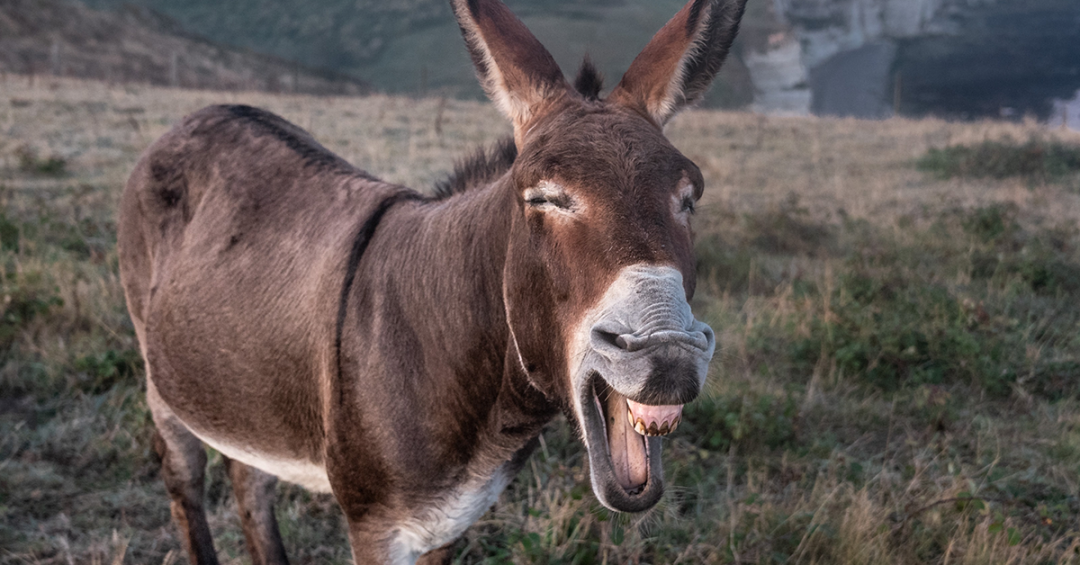 Twenty-five year old, Malachi A. Love-Robinson developed a thriving medical practice in South Florida. After graduating from Arizona State in 2015, he founded the “New Birth Life Medical Care & Urgent Care.” He drove a Jaguar.  All was great, except for one rather noticeable thing. Dr. Love-Robinson was not a doctor. He was an unlicensed eighteen-year-old conman. Lacking a medical license and credible academic credentials,  Malachi  had forged his diploma from Arizona State and had laid claim to the title, “Doctor” when he secured unverified PhD. Instead of dispensing medication, his mom said Love-Robinson needed to be taking his own pills. As the Sheriff’s office that arrested him noted, “Just because you saw a season of Grey’s Anatomy doesn’t mean you could practice medicine.”

Not all who claim to practice medicine should be considered doctors. Not all who claim Christ should be considered Christians. Jude takes up this cause in verse 4 of his book. He reminds us that “certain people have crept in unnoticed who long ago were designated for the condemnation.” The church has been infiltrated by satanic commando’s intent on destroying God’s people. Not all who claim Christ got into the church through the narrow gate. Not all have climbed the hill of Calvary, repenting of their sins and trusting in the finished work of Jesus Christ, who came, died, and rose again. Some in our midst like doctor Love-Robinson are frauds, practicing a faith they know nothing about. Like the good doctor, these false Christian will also be judged. Jude declares “Woe” to them. Judgement.

To discover who loves Jesus and who does not, Jude encourages us to examine the motives of people’s hearts. When you open up the heart of the unbelieving Christian, we will find three faint images etched into unbeliever’s soul: the images of Cain, Balaam, and Korah. These ancient characters appear in the modern heart because they illustrate the motives of the unredeemed soul: selfishness, greed, and pride. Though cultures have changed, human motives have remained constant with each passing generation. Those who claim Christ without having experience the power of Calvary continue to be motivated by selfishness, greed, and pride.

Cain rose to prominence through the vilest of means, murdering his brother, Abel. Genesis 4:8 reports, “Cain spoke to Abel his brother. And when they were in the field, Cain rose up against his brother Abel and killed him.” Abel obeyed God and offered the Lord of the universe the “first of his flock.” Cain brought his second best. God rejected Cain’s offering and blessed Abel. Instead of repenting of his selfishness, Cain doubled down upon his sin, destroying his flesh and blood. Cain wanted God and man to submit to his desires.

Fake Christians continue to be motivated by their own desires, viewing God’s commands to be suggestions that can be discarded upon the alter of cultural relevance. They refuse to worship God with all that they have, fencing off their finances, their sexuality, and their personal life from the commands of Scripture. Instead of being convicted by the faithful witness of Christians who love others well and who worship God according to Bible, the false converts become angry. They mock Christians who serve their enemies, who prioritize Sunday morning worship, and who care for the orphans. They label true faith as extremism, irrational, and unnecessary. They despise love and righteousness because they are driven by selfishness of Cain. First John 3:11-12 concludes:

For this is the message that you have heard from the beginning, that we should love one another. We should not be like Cain, who was of the evil one and murdered his brother. And why did he murder him? Because his own deeds were evil and his brother’s righteous.

Those who lack sit in the pew without saving faith express hatred for God and for their fellow man because they are selfish.

After mention Cain, Jude references the mark of Balaam, greed. Balaam first appears in Numbers 22. The evil Moabite king Balak commissions Balaam to curse the nation of Israel. Balaam refuses knowing “They are blessed (Num. 22:12). Balak possessed a forceful personality that would not be easily denied. He sent more messengers and more money to Balaam. The wicked prophet relents from obeying God and goes to curse God’s people. Before he can arrive, an angel forces Balaam and his donkey off the road. As Balaam beats his donkey, the donkey speaks and then the angel appears and delivers God’s message

Behold, I have come out to oppose you because your way is perverse before me (Num 22:32b).

Second Peter 2:15 states that Balaam’s “loved gain from wrongdoing.” He perverted the gospel to advance his bank account and his platform.

Instead of giving to the church and the body, false saints misuse God’s resources. They abuse the church budget to go on vacations and to accumulate luxury items. They possess the nice boats, vacation homes, and expensive handbags while the widows and orphans suffer want and their church facilities suffer from a lack of repair. They use the church to grow their platform, having time for every speaking engagement but no time for the hospital room. They feed themselves by devouring the best of God’s flock.

You have gone too far! For all in the congregation are holy, every one of them, and the Lord is among them. Why then do you exalt yourselves above the assembly of the Lord?

He tells Moses that he is not so great for both men put their pants on one leg at a time. They both belong to God’s people. Consequently, they both should be able to lead.

Korah misses one thing. God had appointed Moses and Aaron. The modern’s pastor’s ability to lead God’s people still comes from God above. God equips men to fulfill the requirements of 1 Timothy 3 and Titus 1. If a man fails to live up to God’s standard, clinging to selfishness of Cain, the greed of Balaam, and the pride of Korah, his congregation should remove him from leadership. No pastor resides above the reach of God’s people and above the correction, rebuke, and authority of the Bible.

However, Korah cares about power not the abuse of power. Instead of removing ungodly pastors, Korah seeks to remove God’s leaders and replace them with sinful men. The false saint demands that elders submit to him or her even though his or her character remains spotted by sin and he or she lacks the ability to teach. Those with the heart of Korah claim that their voice should conquer the wisdom of God’s appointed leaders. Every idea they have should be implemented, every cause they have should be taken up, and every suggestion they have about the service should be done.

Moses responds to Korah’s rebellion by challenging him to a divine face off. After a night of worship, Moses Aaron and his followers and Korah and his followers assemble in their respective camps and face each other in front of the tabernacle.  God then descends upon the camp and makes his judgement. Numbers 16:32-35 records,

“And the earth opened its mouth and swallowed them up, with their households and all the people who belonged to Korah and all their goods. So they and all that belonged to them went down alive into Sheol, and the earth closed over them, and they perished from the midst of the assembly. And all Israel who were around them fled at their cry, for they said, “Lest the earth swallow us up!”

Woe to those false saints who bear the signs of Cain, Balaam, and Korah. Go will defend his people.

We know Dr Love-Robinson because he rebelled against the laws of this nation and sound medical practice. We know of who Cain, Balaam, and Korah are for they rebelled against God. What will you be known for?

One thought on “Fake Doctors, Talking Donkeys, and What Motivates Sinners”