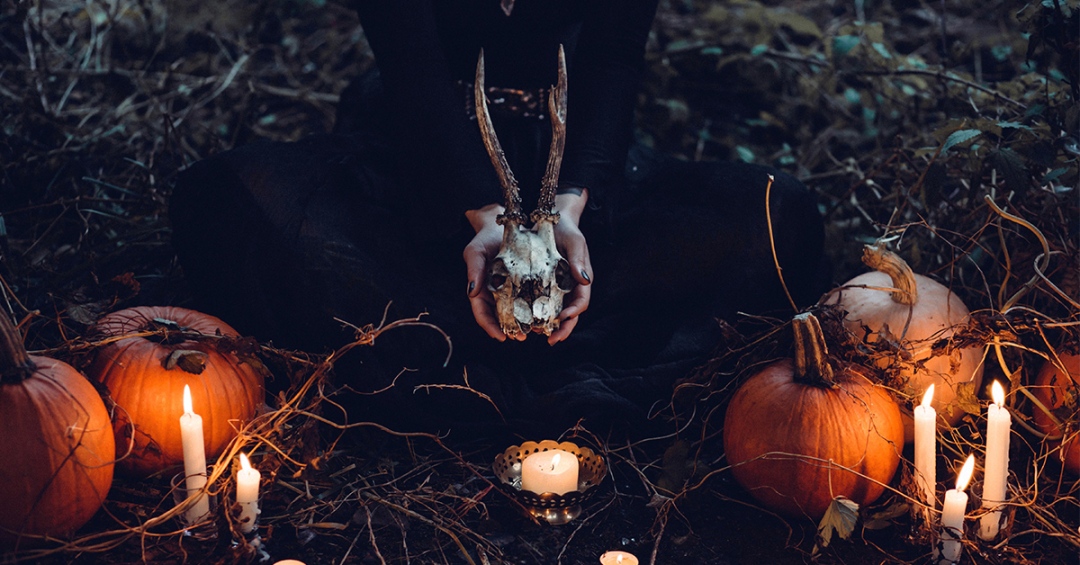 Mediums, a King, and Truth From Below: Why The Bible is Enough For Even the Most Spiritual People

Fear overran Saul’s heart. And God was no where to be found. Saul fasted, prayed, talked to prophets, and talked to priest but God refused to talk to him. In a few hours, Saul would have to lead his men into battle against the vaunted Philistine armies, armies he had never defeated. They were also armies that had recently enlisted the services of the future king David. The only man in Saul’s army who had repeatedly defeated the Philistines was preparing to march against Saul. Saul rightfully pulsed with fear.
Desperate to connect with God after exhausting the usual means, Saul reached out to the occult. The text says, “Then Saul said to his servants, “Seek out for me a woman who is a medium, that I may go to her and inquire of her.” And his servants said to him, “Behold, there is a medium at En-dor.” Saul assumed God had failed to reach the trouble King because God’s methods had become deficient. Therefore, Saul sought God through a new means, he attempted to reach God by asking a women priestess who served the god of the dead to reach out to Samuel for him. Saul attempted to reach God through outlawed means that dishonor God. He swore by God that he will not obey God and put the woman to death.
Increasing numbers moderns and postmodern men and women have followed Saul. They have tried the things of God. They have attended church; they have listened to worship song, and they have read the Scriptures and found God wanting. They have complained that the church has bound the unbound God of the universe into petty human boxes. And they have sought out supra spiritual insights into the divine. They have looked for God within. They have looked for God in sunsets and hiking trips. They have looked for God in their food. They have looked for God in their relationships and sexuality. They have looked for God in tarot cards. They have looked for God in yoga. They have sought out meaningful interactions with the God of the universe through a variety of means that God hates. The God who command the removal the mediums also required to worship him alone according to the patterns laid out in the Bible.

You shall not make for yourself a carved image, or any likeness of anything that is in heaven above, or that is in the earth beneath, or that is in the water under the earth. 5 You shall not bow down to them or serve them, for I the Lord your God am a jealous God, visiting the iniquity of the fathers on the children to the third and the fourth generation of those who hate me, 6 but showing steadfast love to thousands of those who love me and keep my commandments (Ex. 20:4-6).

God never sanctioned nonbiblical explorations for the divine. Men and women have found the God distant and absent from church and the Bible because they have left the Bible. In short, people do not hear from God because God is silent. They do not hear from because they refuse to listen the words that God has already spoken.
In an odd turn of events, Saul reached Samuel. Saul connected with the prophet. Readers can be sure the spirit mentioned in 1 Samuel was Samuel because the text implied that Samuel’s appearance differed from the medium’s usual practices, because they text attributes Samuel’s words to Samuel and because the words attributed to Samuel reflect the word of God. In short, Saul really talked with Samuel. But Saul did not receive the fresh Word from the Lord. Samuel rehearsed what he had already told Saul. Samuel said,

The Lord has done to you as he spoke by me, for the Lord has torn the kingdom out of your hand and given it to your neighbor, David. 18 Because you did not obey the voice of the Lord and did not carry out his fierce wrath against Amalek, therefore the Lord has done this thing to you this day (1 Sam 28:17-18).

Samuel reiterates the prophecy already given to Saul. The Word of God was sufficient for Saul’s life and reign. But he rejected it. He despised God’s Word and consequently the Lord became Saul’s “enemy.” In short, the heart at war with God will welcome the supra spiritual because it has refused to follow revealed will of God. Samuel noted, “For rebellion is as the sin of divination and presumption is as iniquity and idolatry (1 Sam 15:23.”
The man or woman who has found himself or herself far away from God, straining to reach heaven with unanswered prayers does not require a new word from the Lord. He or she does not need to light a candle, to go on a pilgrimage, or to start a new bible study to experience God. He or she should ask, “Have I defied the Words of God; have I rejected what the bible teaches about sex, pride, love, anger, or bitterness and welcome sin into my life; am I at war with God?” To find God afresh, men and women must embrace the already revealed word of God and repent and believer. Even if you manage to reach the God through the supra spiritual, you will only find a restatement of the already revealed will of God.
Do you want to hear from God? Are you ready to obey the Scriptures?