A Pastor’s Response to the Abortion Survivors Protection Act 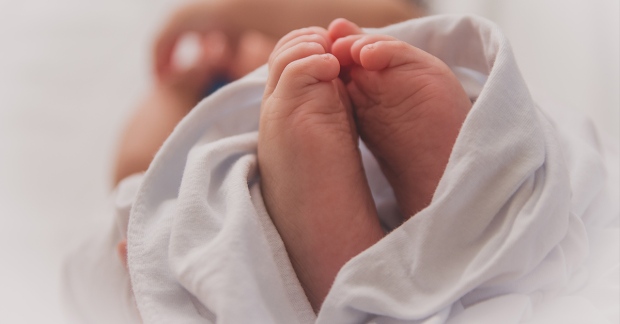 The abortion debate has accelerated to breakneck speed over the last several weeks. What was thought unthinkable  at the beginning of 2019 is quickly becoming a normal part of political dialogue.

Last night, the United States Senate filibustered Senate Bill 311 – Born- Alive Abortion Survivors Protection Act. The bill put forward by Senator Ben Sasse from Nebraska would require that any child who survives an abortion is given the care that a “conscientious health care practitioner would render to any other child born alive at the same gestational age..[and] ensure that the child born alive is immediately transported and admitted to a hospital.”

The bill clearly states that those who refuse to care for a baby or abuse a baby shall criminal prosecuted. However, the woman who had the abortion could not be charged with a crime. In short, the bill sought to affirm the dignity and worth of some of the weakest and most defenseless of humans beings without inflicting any legal harm upon the mothers involved in the abortion process. As Senate Majority Leader Mitch McConnel said,

It would make sure our laws reflect the fact that the human rights of newborn boys and girls are innate…Are we really suppose to think that it’s normal that debating whether a newborn -whether newborn living babies deserve medical attention?

Sadly, the answer is yes. Forty-four senators voted against the bill keeping it from going to floor of the senate for the vote. Both Virginia Senators, Senator Mark Warner and Senator Tim Kaine, and all six Democratic Senators seeking their party’s 2020 presidential nomination, Bernie Sanders of Vermont, Kamala Harris of California, Cory Booker of New Jersey, Kirsten Gillibrand of New York, Amy Klobuchar of Minnesota and Elizabeth Warren of Massachusetts, voted against the bill.

Senator Jeanne Shaheen said, “This bill is just another line of attack in the ongoing war on women’s health.” But it is not such an attack. The bill did not addressed the topic of abortion. Rather it addressed the circumstances following a baby’s birth after a botched abortion. Even using the loosest of definitions, no person can credibly claim that a delivered baby is still part of the mother’s body and that the baby’s health is subservient to the mother’s desires.

Her colleague Senator Tammy Duckworth who also voted against the bill clarified what was going on when she said,

If it becomes law, this bill would force doctors to perform ineffective, invasive procedures on fetuses born with fatal abnormalities, even if it’s against the best interests of the child, even if it goes against recommended standards of care and they know it wouldn’t extend or improve the baby’s life, even if it would prolong the suffering of the families, forcing women to endure added lasting trauma, making one of the worst moments of their lives somehow even more painful.

Notice she is talking about “fetuses born.”  She believes babies should be allowed to die and to die quietly deprived of treatment. To treat the babies with the dignity shown to the adults would cause “lasting trauma” according to the senator. Let’s be clear, these 44 senators are unapologetically arguing for mercy-killings…for infanticide. As Senator Sasse said the vote was about,  “whether or not we’re OK with infanticide.”

Evidently many politicians are ok with infanticide.

Admittedly both of Virginia’s Senators claimed to have opposed the bill for a different reason. They claim the bill is an unnecessary restatement of existing laws that will empower their political adversaries. But if the law does nothing then why are the senators who claim to find abortion (not to mention infanticide) troubling opposing the bill?

I believe the Senators from Virginia have opposed the bill because it actually does something. Only a few short weeks ago, Governor Ralph Northam of Virginia asserted that states could practice infanticide. He said,

Senate Bill 311 would stop Governor Northam’s prediction from begin a reality. Senator Joni Ernst from Iowa noted, “This legislation closes the gap and ensures that there are concrete enforcement measures to protect children who survive abortion attempts.” In short, current U.S. laws protect all babies but lack the teeth needed to be meaningful enforced. Senator Sasse’s bill supplied that enforcement.

Both Senator Warren and Senator Kaine voted against the bill; they voted against defending babies who were born outside of the womb. They defended infanticide.

As Christians we cannot be ok with infanticide. We know that all humans even the tiny, malformed, and sickly ones are created in the image of their creator and deserve life just as much as the senators on capital hill.

So God created man in his own image, in the image of God he created him; male and female he created them – Genesis 1:27

And though infanticide and unlimited access to third trimester abortions has gone from being political untenable in January to being defended on the floor of the U.S. senate in February, Christians most continue to boldly speak for life. We must defend the defenseless.

I have written to both Senator Mark Warner and Senator Tim Kaine imploring them to defend life. I encourage you to do the same. I encourage you to speak to this grave moral issue. Christians may lose the political battle; the outcome is not certain. But our calling is certain. We have not lost our voices. Let’s use them to implore God for mercy and to encourage our senators and other public officials to defend life.

Will you join me?

Category : Apologetics
Tags : infanticide, Is infanticide wrong?, ProLife, Senate Bill 311, Should all babies be allowed to live?, What is the Abortion Survivors Protection Act?

← Why Don’t My Kids Go To Church?
What Does Your Prayer Life Say About Your Faith? →