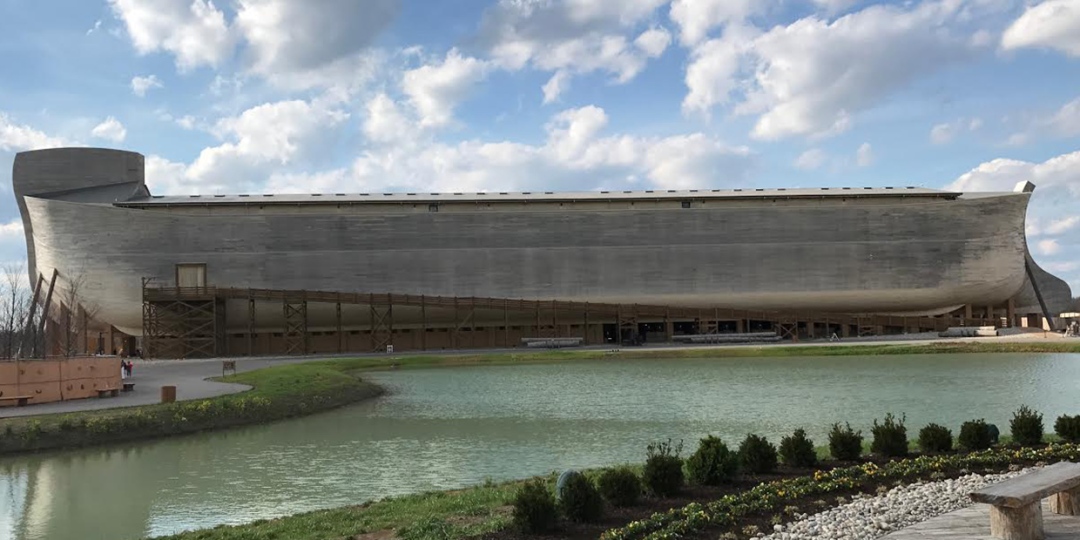 Why The Ark Encounter Matters

The Ark Encounter was amazing. And this is saying something.

I often tend to shy away from historical conjecture. I am not a huge fan of most historical films because producers, directors, and scriptwriters frequently insert historical anachronism into the heart of the story. Perhaps the most famous example of such a blunder is Shakespeare’s Julius Caesar. At the very crux of the plot, Brutus hears a clock chiming in the background. The Romans had no Big Ben towering offer their market squares.

When people encounter such errors, they are often worse for the wear. Occasionally people assume the historical liberties taken by movies such as the 300 are fact. As a result, they are prone to drawing false conclusions about the ancient world which is also the world of the Bible. When these conclusions filter into sermons and Bible studies, the credibility of the Bible takes a hit because the speaker has mixed error with truth.

But the Ark Encounter is not a deviation from the true history. Rather, it is an exercise in experimental archaeology placed within the trappings of a colorful museum. As such, it is worth a visit.

But it is not the first ancient boat to be created in recent times. In 1987, experimental archaeology made some noise with the creation of another boat. That year, Greece launched the Olympias, a replica fifth century BC trireme. As the 70-ton boat sailed around Euripe’s shores, historians gained insights into ancient naval tactics. This group of sailors was not alone. Experimental archaeologists have been testing everything from the levy systems needed to quarry stone to steam powered cannons. In ever instance, these archaeologists have used ancient texts as a guide for recreating items from the ancient world. They have then gone on to use their creations to gain insights into the how ancient world operated.

The Ark Encounter is another such grand archaeological endeavor. But instead of seeking to better understand the ancient secular world, Ken Ham and his team attempted to shed light on the history of the Bible. Ken Ham designed the Ark Encounter according to the text of Genesis. Then, he went on to replicate cages, water filtration systems, and many other things to help Christians understand how Noah and his family could have carried out God’s commands. By recreating the Ark, Ken Ham and his team have discovered that Noah could have cared for the hundreds of animals on the Ark by storing 1.5 years worth of food in 15,000 storage containers. Ken Ham and his Answer in Genesis cohorts have not placed modern thinking back into the Bible. They have faithfully tried to recreate the world of Noah by studying the text and time of the Scriptures.

(For more informationon this topic visit the Ark Encounter or grab a copy of A Flood of Evidence.)

Ken Ham and the team at Answers In Genesis has accomplished their task with excellence. The Ark is filled with models, lifelike animals, and, and interactive video presentations that bring the ancient world of the Bible to life. They have turned experimental archaeology into a gorgeous museum that engages all of its visitors from the moment they arrive until the hop on a bus to leave.

Admittedly, the Ark Encounter will not save anyone. The giant landlocked boat will also probably not convince many skeptics to embrace Genesis as fact. Bill Nigh is still not a fan.

At the end of the day, Ken Ham’s ideas and experiments are not definitive. As he likes to say, “Where you there?” The answer for him and us is, “No.” Like the experimental archaeologists before him, Ken Ham cannot be a hundred percent certain that his explanations perfectly match history.  Consequently,  those who want to disavow the Bible will be able to find escape holes when they visit the Ark Encounter. They will be able to justify their unbelief.

And, they must find such justifications. The Ark Encounter is not just an archaeological experiment. It is a theological statement. If God truly closed the door of the Ark, then there is only one way to heaven, Jesus Christ. To affirm the Ark as history, one is not just denying a belief in the eternal dirt ball of evolution. They are denying the idea of their autonomy. To affirm the Ark, one must embrace the God of the Ark. As in Noah’s day, this is a hard pill for men and women to swallow.

But that same pill is medicine for the believer. In a world where Christianity is constantly maligned, Christians will find the 510 foot Ark replica to be beautiful solace of truth.

If you haven’t gone, I encourage you to go. The door to this Ark is open. Are you ready to go in?

2 thoughts on “Why The Ark Encounter Matters”