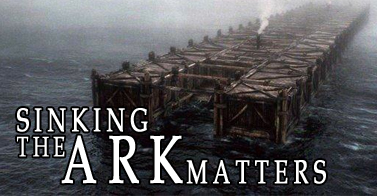 Understandably, there has been a lot of hoopla around the Noah movie. Not only did the movie touch the usual Hollywood crowd, it also managed to stir up the increasingly silent evangelical right. Now, you can’t go on Facebook or anywhere on the web without seeing someone talking about Noah.  I too am guilty of adding to people’s frustrations. Now being exhausted with the conversation, many Christians and generally moral people have begun trying to quiet the crowds desperate to sink Russell Crowe’s ark by saying, “You see tons of sexually sinful films, I think Noah is the least of your problems” or “It’s Hollywood; they never get the Bible right.”

But Noah is different than all of those sex and violence filled films. Movies such as Kill Bill and Friends With Benefits portray a worldview dynamically opposed to the God of the Bible. They invite their viewers to either directly or indirectly participate in the sins of murder and fornication. As believers, we shouldn’t be allowing these stories to darken our imaginations. (Focus on The Family’s app/webpage “Plugged In” is great resource if you are unsure about whether or not to watch a film.)  But for all of their problems, these movies in no way claim to represent God.

Noah does! Director and co-creator of the film, Darren Aronofsky told the Atlantic that

“It’s just important that you don’t contradict any of it [the Genesis Account] and that you study each word, and study each sentence, and try to use and extract as much juice out of that to be inspired to turn it into a vision that represents the spirit of it all. That’s the goal.”

Despite Aronofsky’s words, Noah is not just another film such as The Ten Commandments or The Prince of Egypt employing historical fiction to help move the story along. Aronofsky did much more than give a voiceless Noah a few lines to say. The director radically recast the story of redemption into a narrative about the evils of urbanization. Believing that each generation has the freedom to manipulate the “myth and legend,” that is Genesis, to fit the stories of their times, Aronofsky claims his rewritten story is accurate representation of the Old Testament. He firmly holds the Bible to be, “a living breathing document.” The end result is a film showing Lamech being murdered, Noah trying to slaughter babies, and many other things that never appear in the Genesis 5-7. Thus, Aronofsky happily scuttled the biblical story of the Noah, replacing it with a modern man’s spiritual musing. And, he calls it truth.

Because our God, the evil of sin, and the beauty of salvation have been radically redefined in a film claiming to represent the Bible, Christians have cause to express concern.  Following Paul’s encouragement to Timothy, believers should stand against those who advocate false religious ideas based on “myths and endless genealogies, which promote speculations rather than stewardship from God that is by faith” (I Tim. 1:4). As Christians, our goal is not to set the world aright or to radically define what does or what does not constitutes a good film.  Rather, we should be graciously defending the character of the one true God who mercifully saves sinners like you and me.