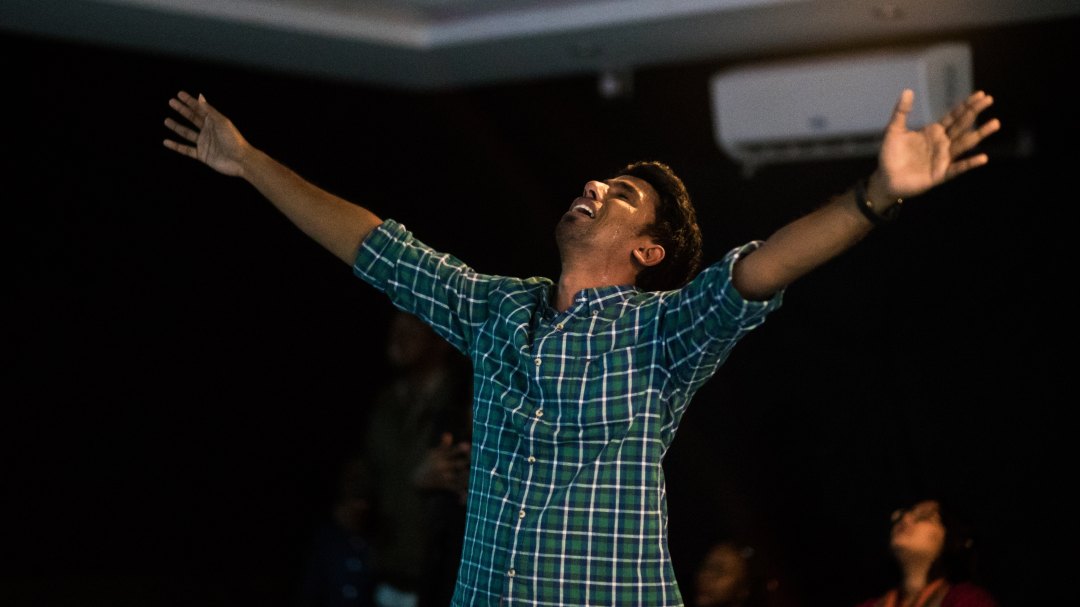 Are You Ready to Change?

Am I repentant? Is my husband, wife, son, coworker, sister-in-Christ truly repentant? We said we were, but were we? They said they were but were they truly sorry for what they had done? How do we know? Is there some kind of test or score card to judge repentance by? Will we just know, experiencing some kind of emotional peace when the moment comes? How do we know that someone is sorry when words can be so empty?

This is a huge question, touching on everything from relationship dynamics to legal realities. The Bible speaks to this issue in 1 Samuel 12:19-25. The people of God thought they were right with God. They had even offered peace offerings back in 1 Samuel 11. Church was happening, but all was not well. The people had not repented. Then in verse 19 of chapter 12, they do. A thunderstorm pops up in the middle of their dry season, revealing God’s displeasure of their sin. The people of Israel respond by pleading with Samuel to intercede with God for them.  The text says, “And all the people said to Samuel,

Pray for your servants to the Lord your God, that we may not die, for we have added to all our sins this evil, to ask for ourselves a king.

The nation of Israel finally got it. They finally understood that they had sinned against God and that their sin warranted their death.

Friends this is always the first sign of true repentance, a hatred of sin. When God begins to enlighten the mind and sanctify the soul, men and women begin to hate sin. The man or woman who claims to be repentant and who treats their sin as a minor thing to be swept under the rug is not repentant. He or she does not get the depth of their evil. They do not understand that God is a holy God and that this holy God cannot be next to evil. As Romans 3:23 says, “The wages of sin is death.” As long as, a man or woman views their sin to be an addiction, a set of bad circumstances bound together by an unfair social construct, or a matter so insignificant that no one should be bothered by it, the man or woman is not repent. Ultimately all these excuse proclaim that we are not culpable for our actions. This the opposite of true repentance. As Thomas Watson reminds us, “Confession is self-accusing: ‘Lo, I have sinned (2 Sam. 24:17).”

The repentant person is the person who gets that their sin is evil and that he or she has done evil. And they get that there is nothing they can do to make things right. They need help. They need someone to pray for him or her. And they don’t need a prophet. They need the prophet, priest, and king, Jesus Christ. As 1 John 2:1b reminds us, “But if anyone does sin, we have an advocate with the Father, Jesus Christ the righteous.” The repenter understands that their sin is weighty, large, and deadly. They hate it but also know they cannot escape it.

Thus they run to Christ seeking both his forgiveness and power. And when they run to God seeking forgiveness of sins, he gives it. James 4:8-10 promise the following hope for the repentant believer:

Draw near to God, and he will draw near to you. Cleanse your hands, you sinners, and purify your hearts, you double-minded.  Be wretched and mourn and weep. Let your laughter be turned to mourning and your joy to gloom.  Humble yourselves before the Lord, and he will exalt you.

After understanding their wretchedness, the repentant ask for forgiveness and stop sinning. Yes they may struggle with sin again, but they do not stay in their sin. They see it as evil, flee from it, draw near to God, and experience the mercy of God. As Watson notes, “Never do the flowers of grace grow more than after a shower of repentant tears.”

Are you repentant? Do you understand that your sin is so vile you need Jesus to intercede for you?

One thought on “Are You Ready to Change?”