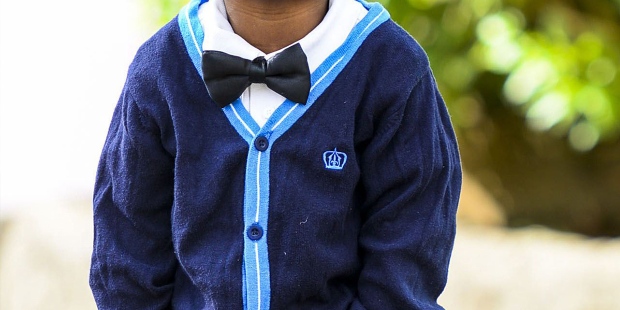 The faithful pastor should do good and should be defined by his actions. But he should also be defined by what he doesn’t do…by his inaction.

The faithful pastor should remind his congregation of the gospel, he should charge his congregation to avoid quarrelsome words, and he should seek to be an approved worker who rightly handles the word of truth. But then he must avoid something. He must avoid babble. Paul says it this way in 2 Timothy 2:16-18

But avoid irreverent babble, for it will lead people into more and more ungodliness, and their talk will spread like gangrene. Among them are Hymenaeus and Philetus, who have swerved from the truth, saying that the resurrection has already happened. They are upsetting the faith of some.

Avoid nonsense that is irreverent, worldly, and easily accessible. Paul warns Timothy to stay away from goofy things that do not edify. He avoids easy things that appeal to his audience’s natural disposition. He avoids filling his sermon with goofy videos. He also does not fill his sermon with nice but meaningless stories that make people feel good. He does not welcome people into his church by having the praise team play Beyoncé or Beatle songs. No, he avoids the profane things of the world. He clings to the Scriptures and the Scriptures alone. Hebrews 2:12 says:

For the word of God is living and active, sharper than any two-edged sword, piercing to the division of soul and of spirit, of joints and of marrow, and discerning the thoughts and intentions of the heart.

If you want to reach people, if you want to help people overcome sin, and if you want to direct people to joy, bring the Word of God to bear on their lives. Expose the people in your church to the Word of God. Avoid the babble of the world. The men in women in our church have ready access to the world’s ideas via the radio, social media, and Netflix. They do not need their pastor to expose them again to meaningless words.

The faithful pastor most avoid silly conversations devoted to discovering where Cain and Able got their wives. He must avoid the temptation to talk about blood moons, eclipse, and the exact return of Christ. Our Savior already told us in Matthew 24:36: “But concerning that day and hour no one knows, not even the angels of heaven, nor the Son, but the Father only.”

And he most avoid the temptation to embrace popular-culture psychology. For years people have championed the stages of grief: grief, denial, anger, bargaining, depression and acceptance. Today, most psychologist have abandoned the stages of grief, viewing them to be too rigid and inaccurate. Greif expert Megan Devine who has authored a book on the subject wrote on the following words in her Huffington Post Blog:

“The truth is, grief is as individual as love: every life, every path, is unique. There is no predictable pattern, and no linear progression. Despite what many “experts” say, there are no stages of grief.”

Pastors will be tempted to embrace the babble of the world. Popular philosophy, popular music, and popular humor will appeal to the pastor’s worldly appetites. His congregation may even welcome babble into the service. But the pastor must avoid his inclination to abandon truth for babble.

If the pastor embraces babble, the church will be undone. Paul says it will go into more and more ungodliness. The pastor who preaches funny sermons that lack Scriptural power, the pastor who focus on meaningless trivialities, and the pastor who embrace babble undermine the very health of the church. They destroy the church. Their talk will spread like gangrene. It appears as a small and barely noticeable sore. But then it grows and grows and until every inch of the body is covered in sores and the body dies.

Hymenaeus and Philetus did this very thing. They embraced babble and ended the day denying the resurrection. They ended up denying the very essence of the faith.

Brothers and sisters do not tolerate babble. Do not encourage your pastor to entertain you at the expense of the gospel. Encourage you pastor to avoid babble and to cling to the Truth.

Is this true of your pastor or is he a babbler?

Category : Discipleship
Tags : Country Preachers, Should a good preacher entertain?, Should preachers be funny?, What are the marks of a good pastor?, What does a good pastor do?

← Marks of A Good Pastor (Part 3: An Approved Worker)
Why Churches Need Church Discipine: This is Church 101 →