Don’t Miss The Point of Xmas

And suddenly there was with the angel a multitude of the heavenly host praising God and saying,“Glory to God in the highest and on earth peace among those with whom he is pleased!” 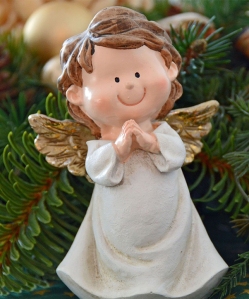 ince Adam and Eve, men and women had been longing for the arrival of the snake crusher. They had been yearning for a deliverer to rescue them from evil. Noah wasn’t able to did it. After the flood, he got drunk and embarrassed his whole family. One of his sons even got cursed because of Noah’s foolishness. Abraham couldn’t do it either, trusting lies and human ingenuity. Moses got mad and smashed the rock. Samson chased pretty girls. David was a murderer. All of the rescuers that God had sent to deliver his people ultimately failed. They had failed to give God’s people rest and peace. And when we come to Luke 2, the people of Israel don’t even have their own ruler. They are under the thumb of the Romans. Instead of liberty, they are captives, political slaves if you will. They needed a deliverer, a savior. And not just from Rome, but from their own hearts. For as Romans 6 says “the wages of sin is death.” This is setting of Christmas is story.  It is one of shattered hopes and never ending waiting.

And then boom, the door opens; the skies literally explode with the glory of God. His angels come with the message, “A Savior, who is Christ the Lord has been born.” The one who will crush the power of the serpent, the one who will liberate all his children from sin, the one who will restore peace has arrived. He bursts into the human story. He left the glories of heaven to come into the world as a little, lowly, baby. He fully identified with us in our sorrow, so that he could perfectly deliver us through his death on the cross. The Lord has come. Our savior has arrived.

Jesus. He is the point of Christmas. If we make Christmas about presents, about family, or about little elves and Santa, we miss the whole point of the holiday. We miss God.

Jesus didn’t come so that we could have a nice holiday. He didn’t come to give of us earthly happiness. He came to give us peace with God. He came to be the perfect deliverer. He came so that we might be holy. Don’t forget about Jesus. Make time to tell your kids the Christmas story. Make time to worship the incarnate savior, the word become flesh. Don’t miss the point of Christmas!