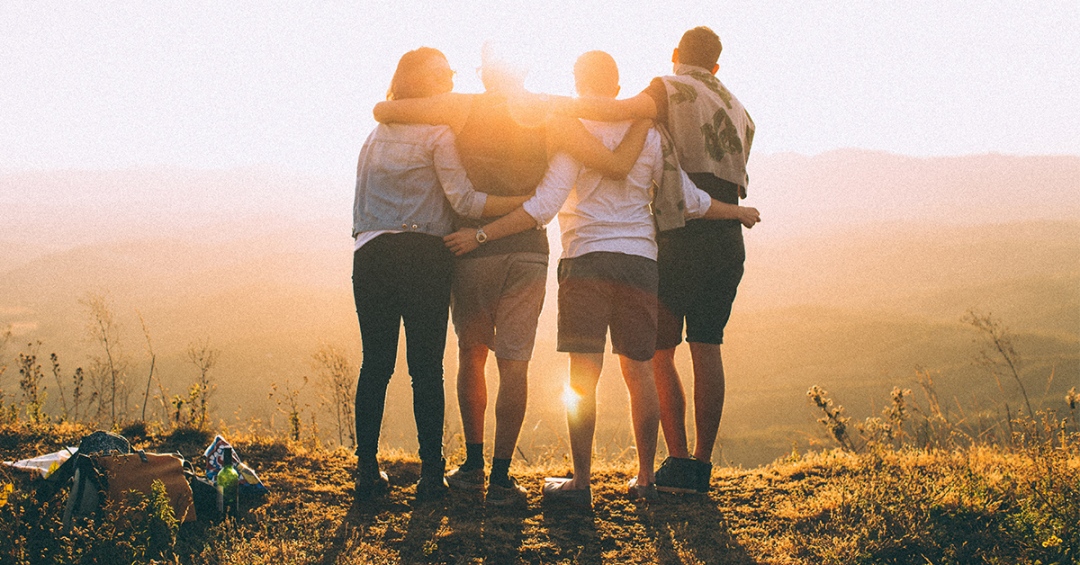 The relationship between David and Jonathan inspires our modern psyches which yearn for real friendship. We resonate with the story of A crown prince impulsively and sincerely handing over his future throne to a no-name shepherd boy who killed the mighty warrior Goliath with a rock. We long to be knit to the soul of another human being and to experience the non-sexual friendship that Jonathan and David shared.

To achieve such a quick and satisfying bond, we do not need to major in interpreting non-verbal communication, asking good questions, or being open. We need to major in the gospel. David and Jonathan are friends united in soul and purpose because they both have the same love, concern, and goal: the glory of God.

When Israel was afflicted by the Philistines at the beginning of King Saul’s reign, Jonathan went out to fight the Philistines, facing ridiculously bad odds. He knew that “nothing can hinder the Lord from saving by many or by few (1 Sam 14:6).” Then as he led the men to battle, Jonathan boldly asserted, “Come up after me, for the Lord has given them into the hand of Israel (1 Sam 14:12.)”

Sincerity in religion and true fear of the Lord are the best bands of friendship.

The story of Jonathan and David also reveals the proper response to salvation. David is not a type of us conquering his own personal fears. He is a type of Christ saving others from their giants. Saul initially misses the point of David’s victory over Goliath and tries to coopt David (1 Sam 18:2,5). He tries to use David to further his own kingdom.

Many times people in the modern church use Jesus the same way. They want Jesus to save them from loneliness so they attend church to convince some sappy girl to marry them. They want to be healthy so they attend a Bible study hoping that Jesus will heal them. Or they go to counseling because they want Jesus to give them a peaceful home. But they do not want to follow Jesus. They simply want Jesus to make their life better. Such self-centered people make really bad friends. Those who will willing use Jesus and then spit him out when they get what they want will happy spit out their human connections once they stop scratching an itch. Selfishness never leads to friendship.

In contrast to his father, Jonathan sells out for David. He does not make David serve him but offers to serve David. This is the heart of the believer. He does not get baptized to make God do whatever the convert desires. No, he surrenders all to Christ because he or she realizes that one greater than him or her has come, conquering the giant of sin and death. The believer sells out for Christ because he or she knows that Christ is the one true savior. He or she knows that life is not found in relationships, money, or health but in eternity with God the father. And because Jonathan understands what it means to love God with his heart, soul, mind and strength, he is able to cross social, political, and legal paradigms and build an incredible friendship with the son of Jessie. He gives up all to honor God and to be David’s friend.

Such is true friendship. Jesus told us in John 15:13-14, “Greater love has no one than this, that someone lay down his life for his friends. You are my friends if you do what I command you.”

Jesus was the one greater than David. He conquered death not with a stone but with his life and resurrection. He gave up all so that we might live full lives of obedience which leads to joy. Jesus model friendship based upon sacrifice. Jonathan exemplified such friendship.

Have you sold out for Christ?