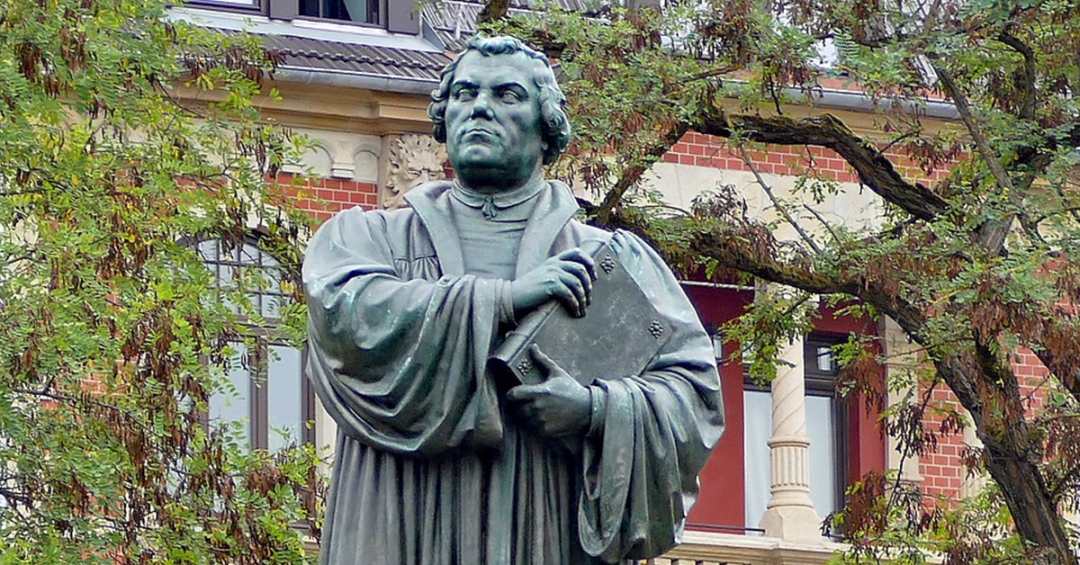 Why Should Baptists Celebrate A German Monk’s Reformation?

Martin Luther accidentally drove a nail into heart of the Roman Catholic Church on October 31, 1517. The Augustine Monk, preacher, and theology professor posted his 95, seeking to restore the seldom heard gospel to her rightful position of prominence within the church.

What Did Luther Oppose?

The Catholic Church has replaced the gospel with the sacramental system. Rome’s theologians taught that God saved those who nobly sought after grace. God wiped away the stain of original sin at baptism. God then justified everyone who sought to please God by doing good works. After conversion, God required his children to pay for their sins through the sacraments of Mass and penance. The bread inoculated believers from the allure of sin. And penance proscribed by the priest would absolve believers from the punishment of their sins.

Recognizing that many Christians could not pay off their sin debt before death, the Catholic Church created the doctrine of purgatory, a place between heaven and hell where believers payed off their remaining sins through holy suffering.

By 1517, the church had launched an aggressive campaign to sell indulgences, little pieces of paper that absolved Christians from their sins and that sprung them from purgatory. Instead of saying a hundred prayers or kissing some bone that supposedly belonged to the apostle Peter, or wondering around purgatory singing hymns for a thousands years, the Christian could pony up a little money and buy righteousness from the church. With the Pope’s blessing, believers could go past go and collect their $200 of religious merit by donating money toward the construction of St. Peter’s Cathedral. 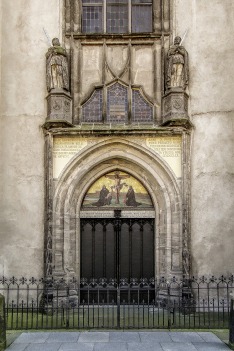 Martin Luther posted his 95 Theses on the door of the Wittenberg because he knew that the church’s slow drift away from the gospel of grace was destroying the very souls the church was seeking to save. Luther had tried the sacramental system and found it powerless to forgive sins.

After entering monastic life because he made a rash promise in the middle of thunderstorm, Luther spent years attempting to earn the grace needed for salvation. He prayed, fasted, slept on cold floors, and confessed sins for hours at a time. Reflecting on his time in the monastery Luther noted, “if ever a monk got into heaven through monasticism, I should have been that man.” Yet, Luther never experienced God’s grace.

As Luther studied the Psalms and Romans, he came to realize that no one could be good enough to earn salvation. As Psalm 51:2-3 said,

God looks down from heaven on the children of man to see  if there are any who understand, who seek after God. They have all fallen away; together they have become corrupt; there is none who does good, not even one.

God demand perfect obedience, yet people could not be perfect. The knowledge of God’s commands and the knowledge of his inability to meet those demand drove Luther to anger. Luther said, “I hated the righteousness of God who punishes sinners.”

Then, Luther read Romans 1:17 “For in it the righteousness of God is revealed from faith for faith, as it is written, “The righteous shall live by faith.” The light bulb went off. Salvation was not based upon earning grace. God did not save those who were good. God saved those who believed. Commenting on the moment of his salvation, Luther wrote,

Christ had paid for Luther’s sins on the cross. As Kevin J. Vanhoozer noted, “[Luther] suddenly realized that God’s righteousness was not a demand but a donation: a divine gift.” Having recovered the gospel of the Bible, Luther believed upon Jesus, clung to the cross for justification, and experienced the joy of heaven that he had been longing for.

With the nailing of the 95 Theses, Luther attempted the engage the church in a gospel centered debate that would help the church recover the gospel that had liberated his soul. He wanted to work with the Pope and the leaders of the Catholic Church in an attempted to reform the church. Before things turned nasty, Luther described Pope Leo X as being a “very good pope…whose integrity and learning are a delight to all upright persons.” Luther believed he and the Pope could spread the glorious news that “The law says, “do this,” and it is never done. Grace says, “Believe in this,” and everything is already done.”

If anyone says that the sinner is justified by faith alone, meaning that nothing else is required to cooperate in order to obtain grace of justification, and that it is not in any way necessary that he be prepared and disposed by the action of his own will, let him be anathema. – Cannon 9.

Though the Catholic Church recognized some of the abuses listed in Luther’s 95 Theses, she did not accept the doctrines of grace and of scriptural authority that drove Luther’s conclusions. Consequently, the Pope’s representatives ordered Luther to repent of his gospel teaching.

After taking a day to compose his thoughts, Luther famously responded to Catholic Church’s demands with these Words in 1521 at the Diet of Worms:

If, then, I am not convinced by proof from Holy Scripture, or by cogent reasons, if I am not satisfied by the very text I have cited, and if my judgment is not in this way brought into subjection to God’s word, I neither can nor will retract anything; for it cannot be either safe or honest for a Christian to speak against his conscience. Here I stand; I cannot do otherwise; God help me! Amen.

Hearing of Luther’s statement, Pope Leo X had no choice but to declare Luther to be a “heretic” who was to be “everywhere denounced.” With that declaration, Luther’s fate and the fate of the gospel believing church had been sealed.

The gospel which had been pushed to the dark edges of Catholicism during the middle ages was now publicly expelled from the every part of church. Luther’s attempt to return the church to the gospel had resulted in the last vestiges of the true church being jettisoned from Catholicism. The true church did not leave Rome; Rome left the true Church.

And when Luther left the Catholic Church revival broke out. That which had been pushed to the edges of Christendom once again resumed its seat of primacy in the new protestant churches. Luther defined the church as, “the assembly of all believers among whom the gospel is purely preached and the holy sacraments are administered according to the gospel.” As gospel preaching echoed off the walls of Europe’s churches, men and women began to repent and believe in record numbers. The exiled gospel of Jesus continued to march on! As Martin Lloyd-Jones noted, the right doctrines of the Luther’s reformation produced a remarkable revival.

And so today, we celebrate the German monk of yester-year because he rediscovered gospel. The revival begun in 1517 continues on today as protestant churches proclaim salvation by grace alone through faith alone according to the Bible alone. Because Luther was willing to risk death for the gospel, churches all over the world have the gospel of Jesus Christ today.

2 thoughts on “Why Should Baptists Celebrate A German Monk’s Reformation?”